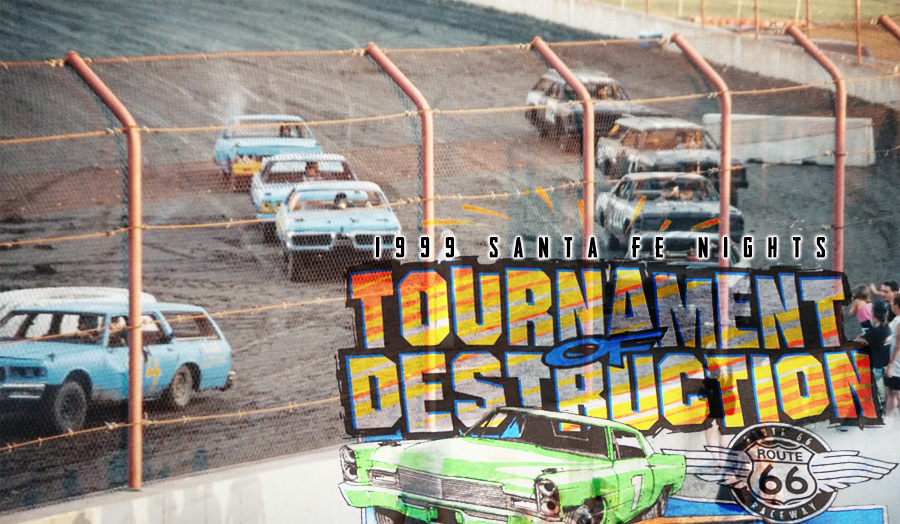 These stunning images were captured from the grandstand by avid Team Demo follower, painter, and former crew member (Thunderstruck ’16), Mike Jucius. Thank you for preserving and sharing this rare content!

The milestone night marked the Tournament of Destruction debut at Route 66 Raceway; the first Team Demolition Derby event of any kind since the end of the 1994 season, followed by the closure of Santa Fe Speedway in early 1995.

Contact us via the form at the bottom of the page to help fill-in the missing historic details! We are seeking the correct drivers & numbers for nearly everyone in these photos, plus all those team members not seen here. Even the full bracket is now in-question thanks to these photos. The unconfirmed bracket is: 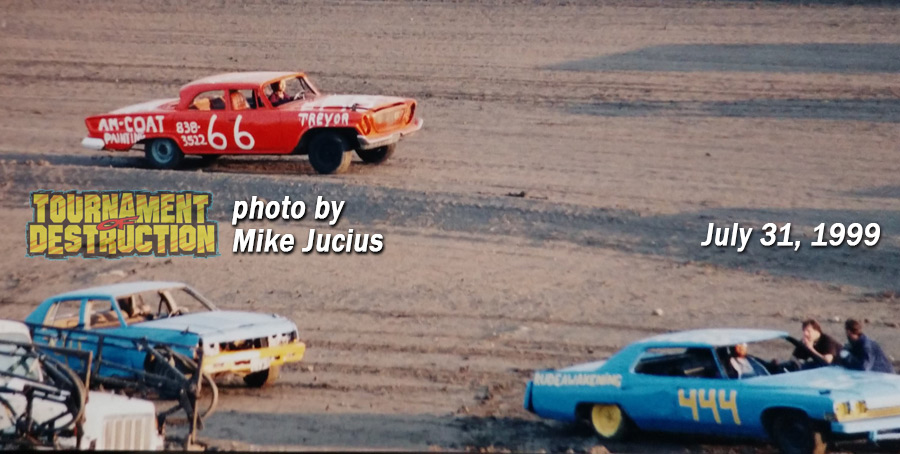 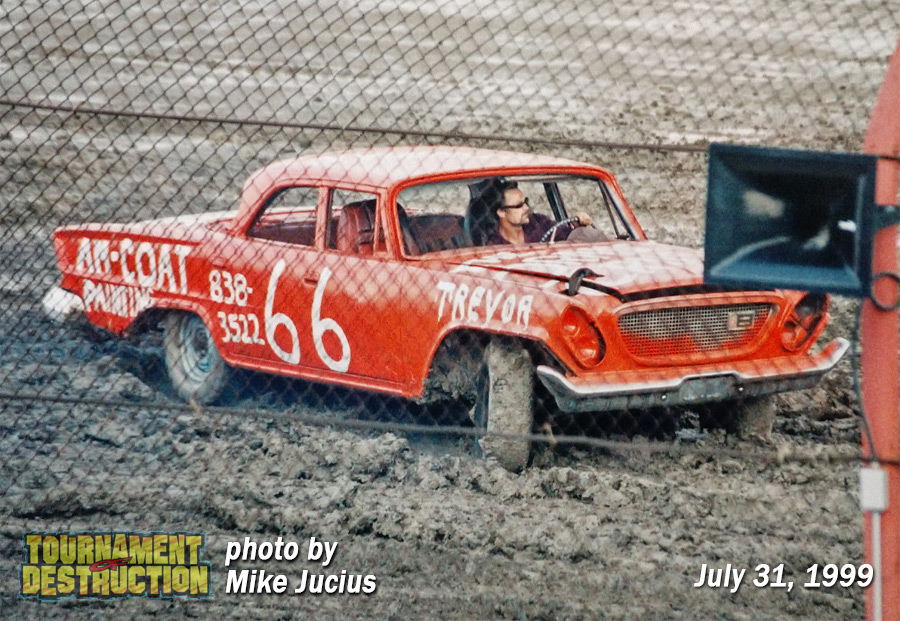 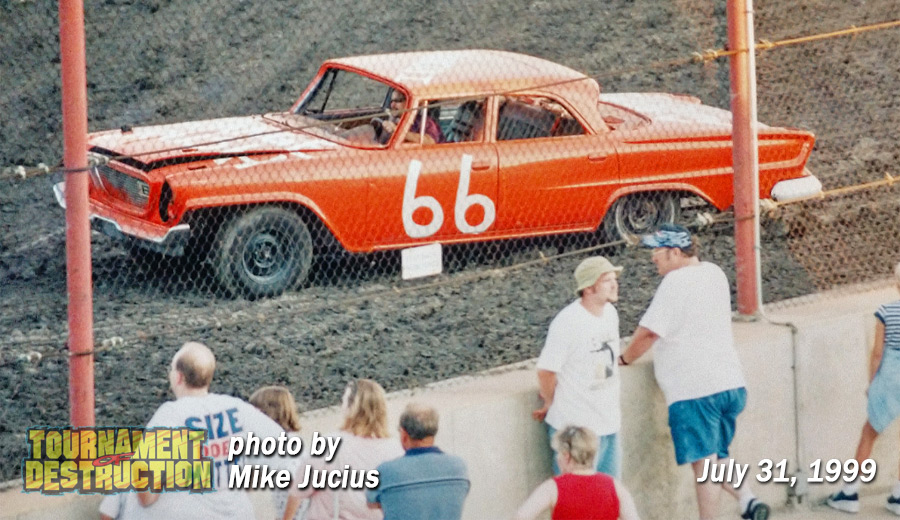 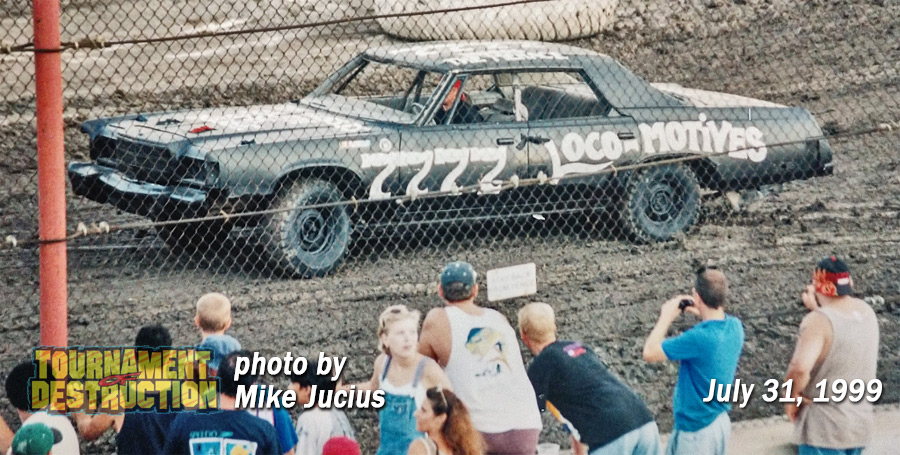 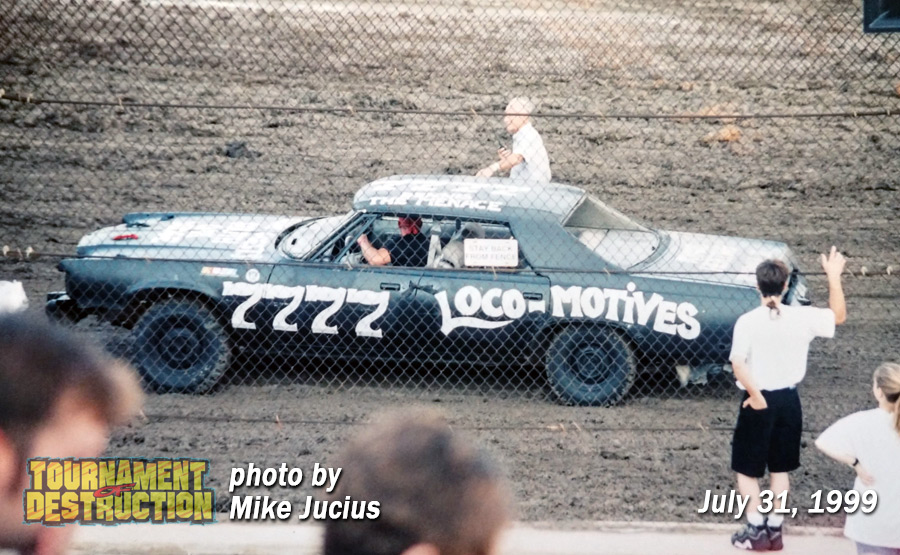 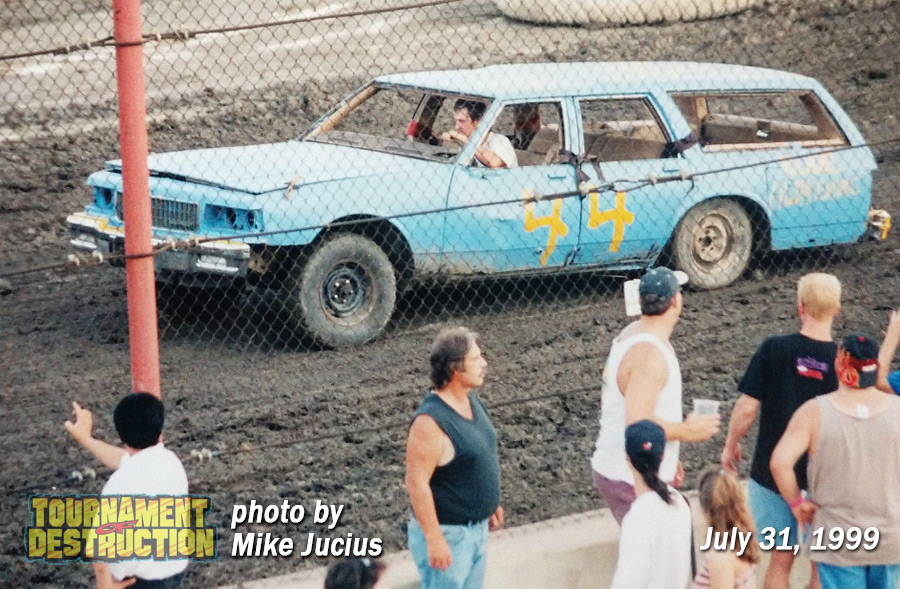 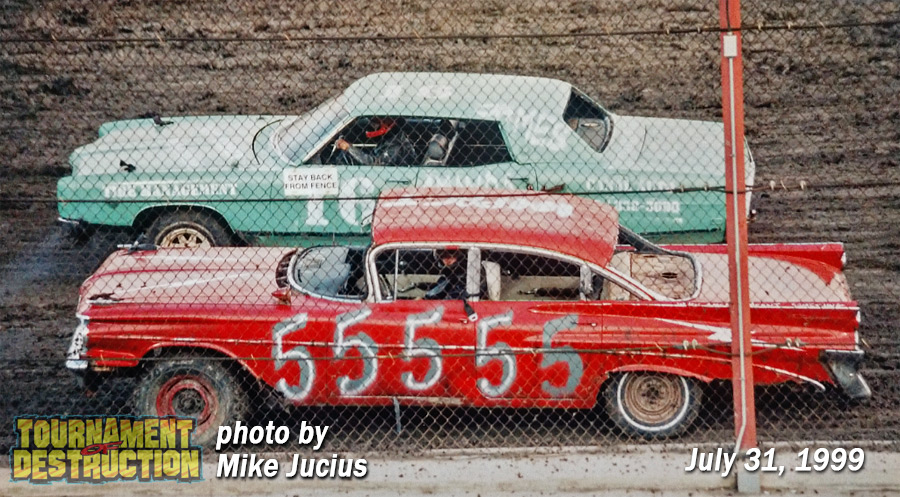 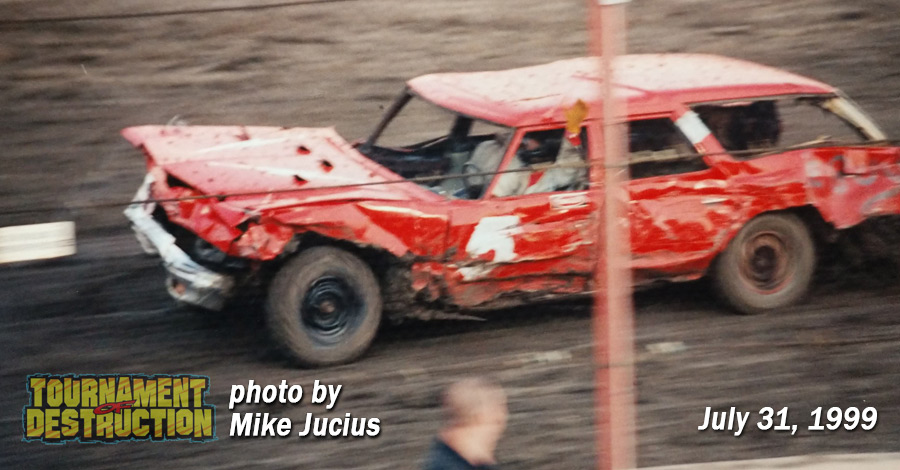 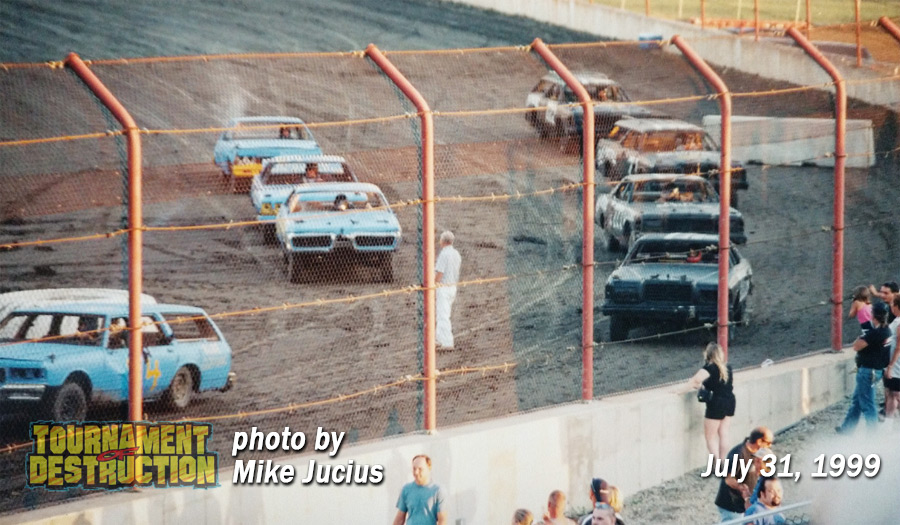 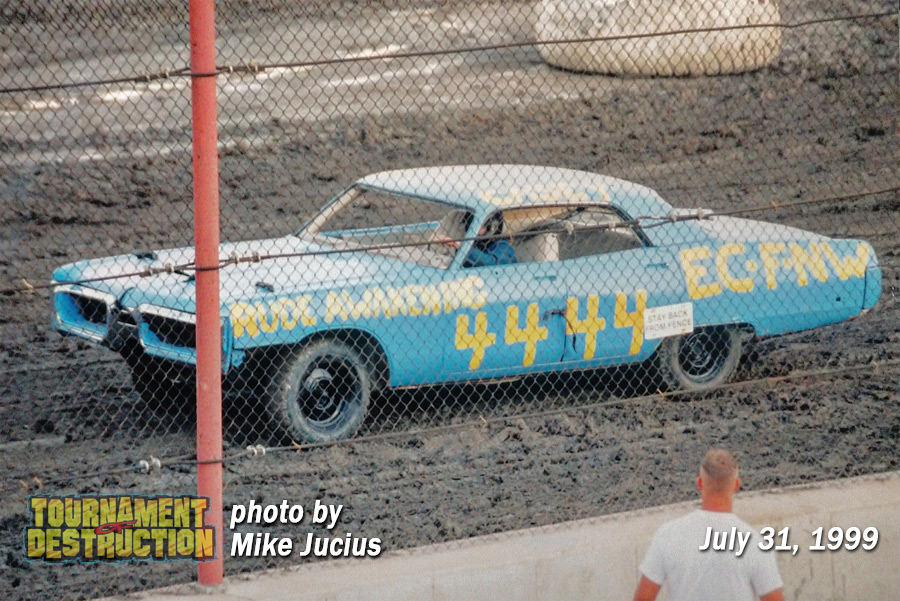 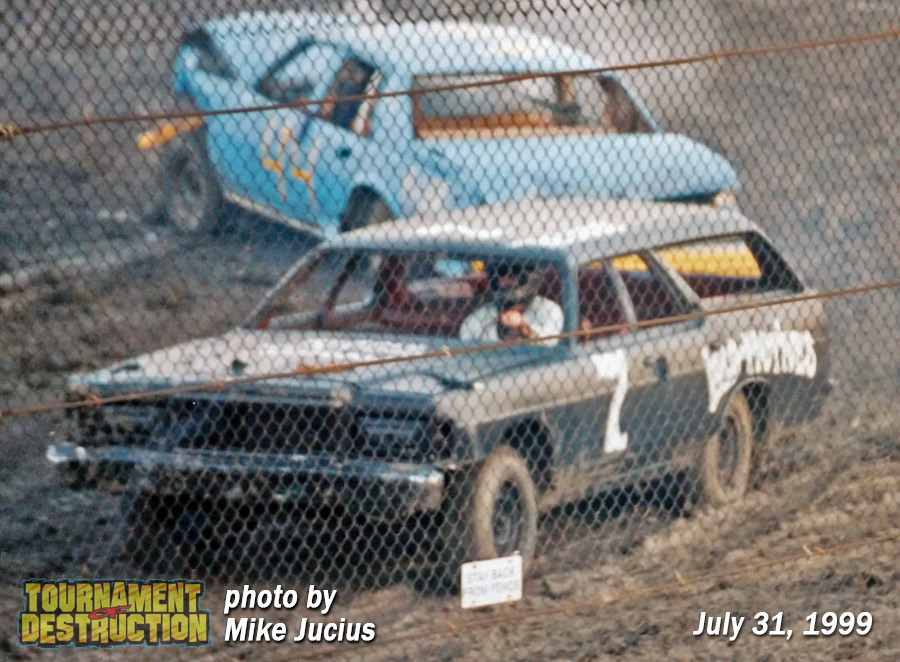 No slides found, please add at least one Slide Template to the choosen language.