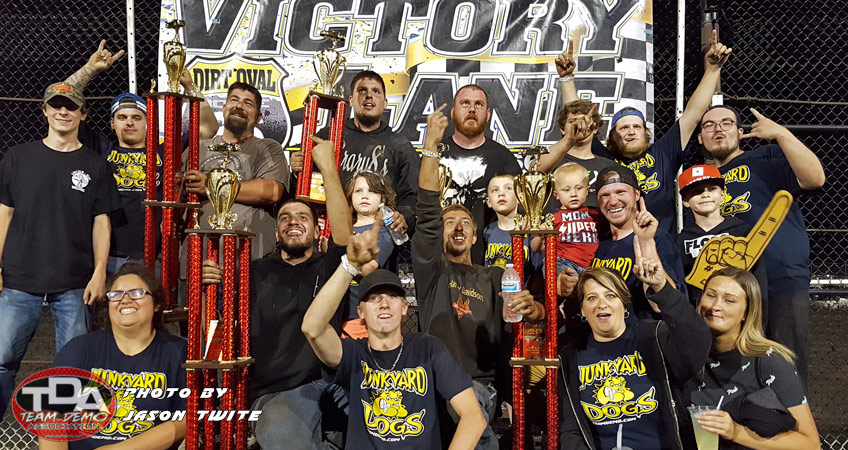 Their position at the top of the points was in immediate jeopardy after losing to Mean Green Machine in the first round. But, thanks to the new Last Chance race, Junkyard Dogs was able to re-enter the bracket; defeated Angry Citizenz in a high-speed brawl and finished the night pouncing all over Crazy 8s in the Finals. This is the 11th Tournament of Destruction event win for the team’s lineage which gives them sole possession of 3rd place for most wins ever at Dirt Oval 66.

Crazy 8s got to the Finals by pulling the biggest upset and shocker of the night when they defeated Mean Green Machine in the Semi-Finals. The exclamation point was #85 Pete Gabriel depositing #19 John Clemmons up and over the Turn 3 wall!

The full Round 2 gallery is available now with over 400 photos!