What did Team Demolition Derby look like 21 years ago? Thanks to newly unearthed photos, you have a rare glimpse into the past at one of the most important events in the history of the sport. October 27, 2019 was Tournament of Destruction event #92 at the Dirt Oval @ Route 66 Raceway. July 31, 1999 was event #1.

Yes, that is a 1959 Buick on the track for the red team known as “White Lighting” with a 5-digit car number. Just that statement alone is enough to boggle the mind, not to mention the fact that the car was already 40-years-old!

Were you in attendance at the first event? Maybe the second on September 4, 1999? Got any photos or artifacts from the races? We’d love to see it and post it! Send in the details via the form in the new gallery. 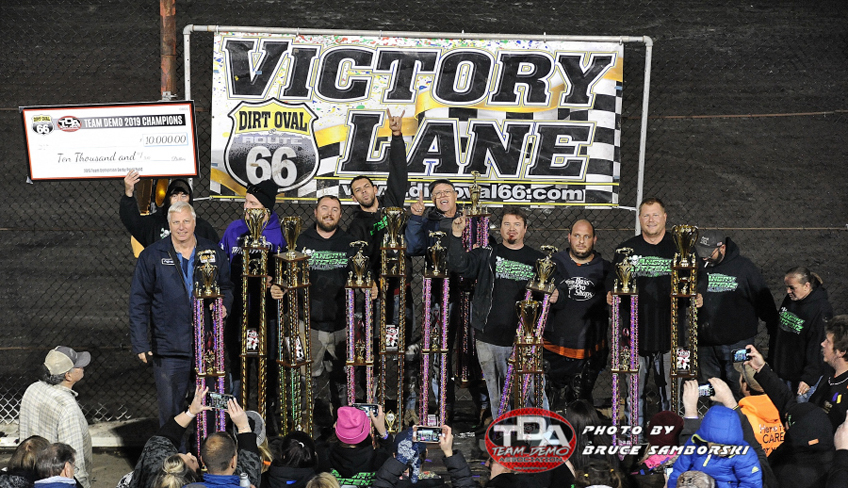 Three event wins-in-a-row capped a rise to the top for Angry Citizenz as they held off Junkyard Dogs and Mean Green Machine to etch their names in the record books as the 2019 Champions.

Thank you to all our Team Demolition Derby fans, both new and loyal, for spending a smashing Sunday at The Dirt Oval, and joining us any time this season. We hope you enjoyed the moments, memories, and of course the carnage, that can only be found at the Tournament of Destruction!